ITD is working toward improving State Highway 55 from Pear Lane to Middleton Road.

This project completed an environmental analysis and preliminary design plans for safety and capacity improvements on State Highway 55 from Pear Lane to Middleton Road in Canyon County. 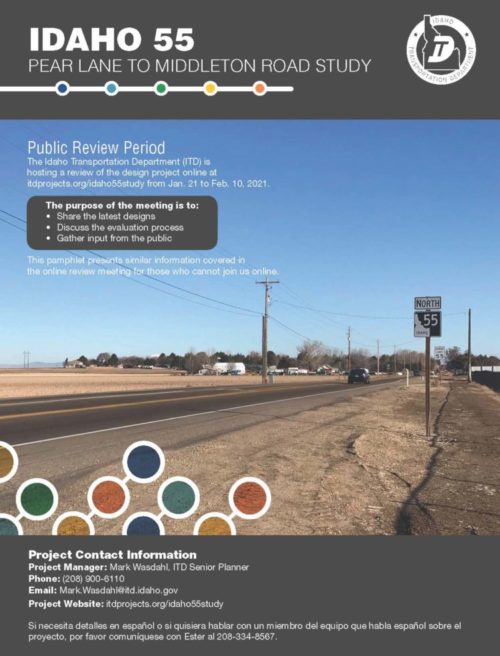 Designing for current and future needs

Due to traffic volumes and available funding, ITD’s highest priority is to improve the safety and capacity of SH-55 between Farmway and Middleton roads. Improvements here will help address rapid growth and congestion.

SH-55 is a primary transportation and freight corridor through Idaho.

The area around the highway in Canyon County is growing rapidly, causing traffic volumes to increase beyond what SH-55 was designed to handle. In many areas, the highway has not been widened since it was constructed in the 1930s.

ITD’s goal is to meet mobility, safety and capacity needs on this corridor from now until 2045.

What this study included

This project began in the summer of 2019 and included:

ITD followed the National Environmental Policy Act (NEPA) process throughout this project. The NEPA process is required for ITD to use federal funding for future projects on SH-55. 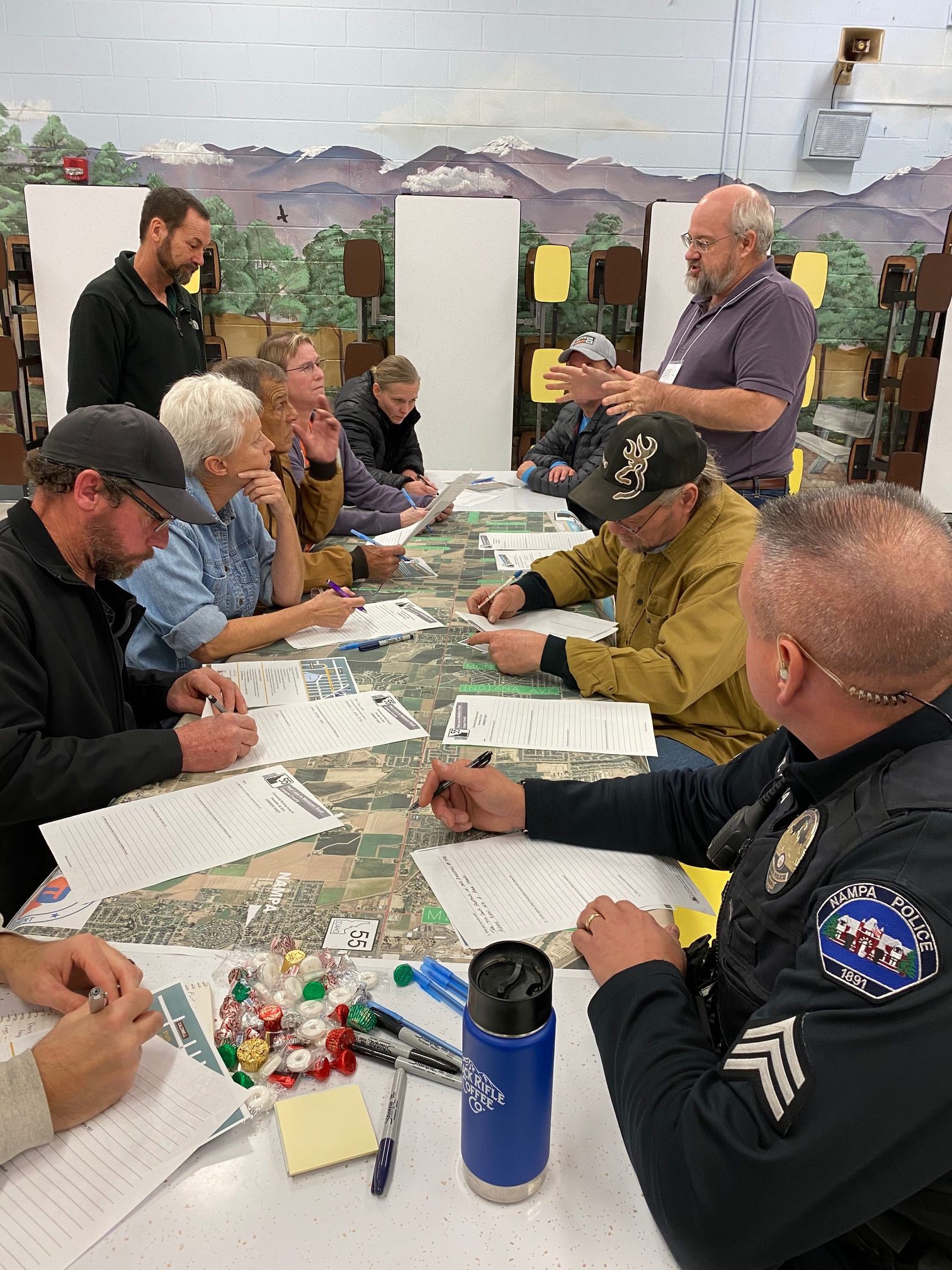 The Idaho Transportation Department thanks each person who gave input during the preliminary design process for SH-55 in Canyon County. Input during public meetings helped ITD confirm the needs along this highway and move forward.

Keep me informed about the SH-55 study!