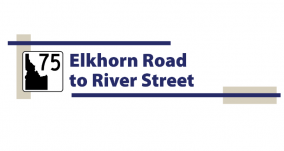 The Idaho Transportation Department is developing plans to improve capacity and safety on Idaho 75 between Elkhorn Road and River Street in Ketchum.

Idaho 75 is the primary north-south highway in the Wood River Valley serving the cities of Bellevue, Hailey, Ketchum, and Sun Valley in Blaine County.

Several years ago, ITD studied potential improvements to Idaho 75 between the Timmerman Junction (at US 20) and Ketchum. This study was documented in the 2008, SH-75 Timmerman to Ketchum Environmental Impact Statement and Record of Decision.

The Idaho 75, Elkhorn Road to River Street project will be the third project based on this study. 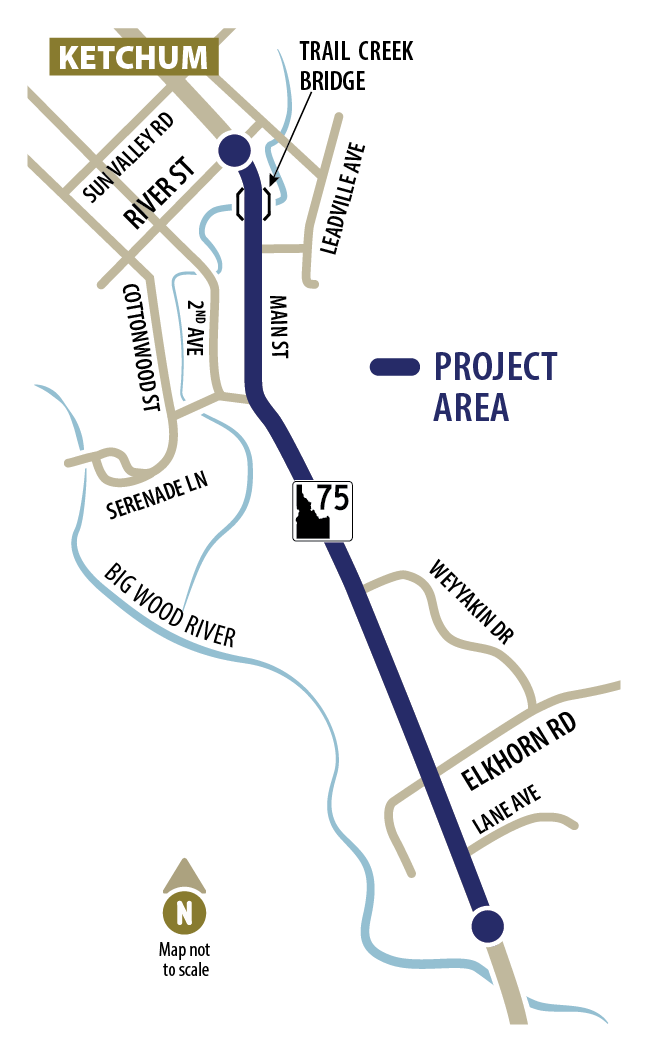 What this project includes

ITD is re-evaluating the project identified in the 2008 Record of Decision /Environmental Impact Statement. This process will determine if corridor conditions or regulatory policies have changed that would affect the design of the project.

Public involvement is important to ITD and the success of the project. ITD will ask for the community’s input throughout the project. Opportunities for participation include community working groups, public meetings and stakeholder interviews.

ITD hosted community discussions in June 2020 and June 2021 to gather comments about this project. Please visit the Downloads and Resources section to review materials from either discussion. 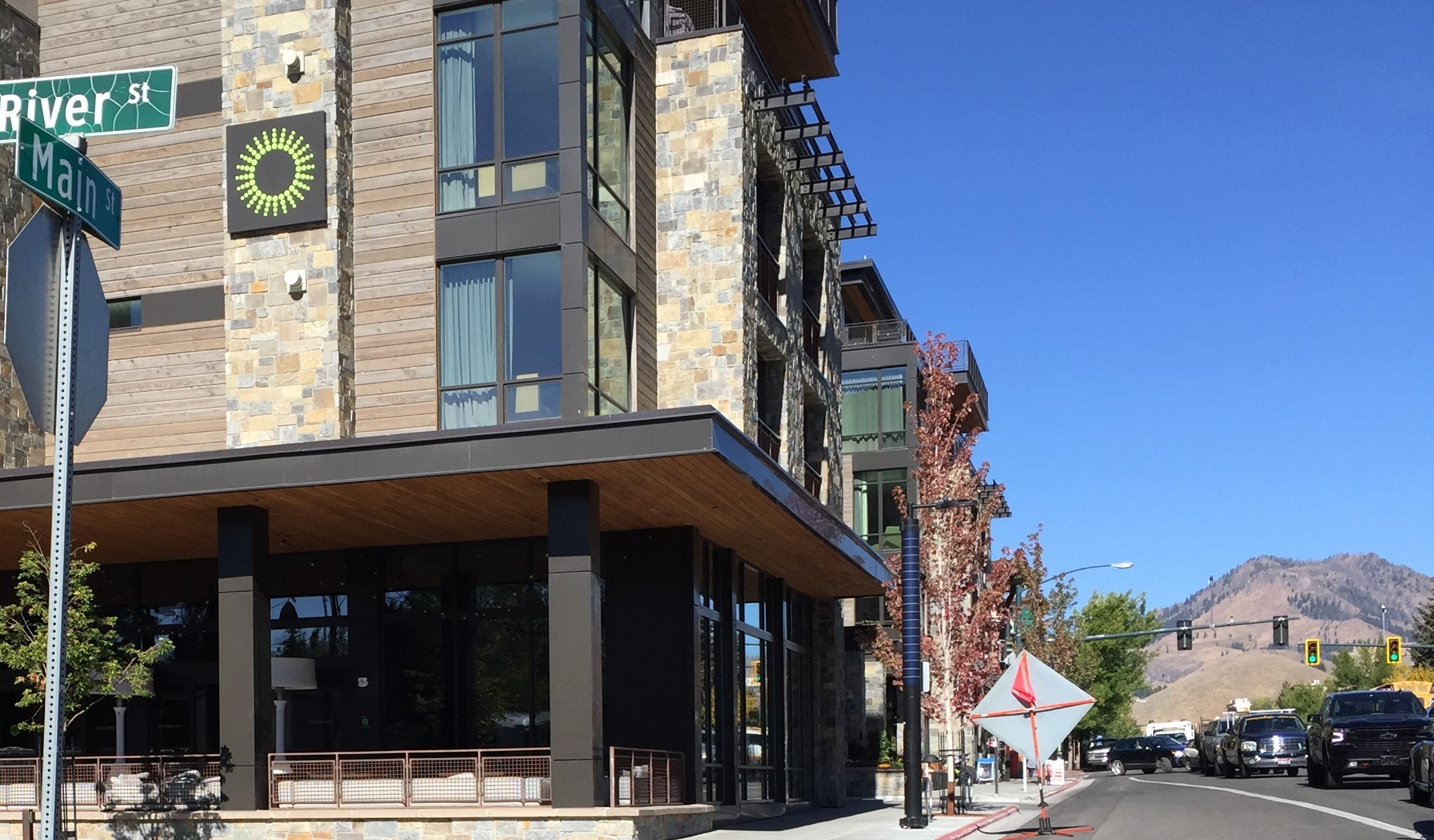 Construction is currently funded to begin in late 2025.

ITD is coordinating with Idaho Power on their new transmission line project; however, the two projects may have different construction schedules. Idaho Power does not currently have plans to bury existing overhead power lines.

Any alterations to the current designs would need to fall within the framework of the 2008 Final Environmental Impact Statement (FEIS). For example, it would be difficult to reduce the number of through lanes proposed in the 2008 FEIS. ITD has found that traffic demands today are similar to or higher than what was projected in the 2008 FEIS.

No, this project does not include improvements to the River Street intersection.

Yes. Over the next few months, ITD will be analyzing traffic data and other technical work. This data will help ITD identify the best improvements for the intersection of Idaho 75 and Serenade.

The figures included in the online Community Discussion Meeting showed only the proposed improvements included in the 2008 Environmental Impact Statement/Record of Decision (EIS/ROD). (Link) In addition to evaluating the EIS/ROD proposed improvements, ITD intends to evaluate both a signalized intersection and a roundabout style intersection at this location.  We recognize that there were comments made both for and against both of these intersection types, and those comments will be considered in the evaluation.

Any improvements to the intersection must be consistent with the intent of the 2008 Environmental Impact Statement/Record of Decision. Before identifying the proposed improvements at this intersection, the EIS presented several possible alternatives, including a traffic light and a roundabout.  ITD will evaluate both. The final design will be based on updated data.

Any alterations to the intersection will be subject to approval by the Federal Highway Administration. We will present potential changes to the public prior to completion of the final plans.

Many vehicles use Idaho 75 today, with even more expected to use the road in future years. Obviously, there is congestion in the corridor today with the worst congestion occurring during peak travel periods. Congestion can be expected to continue as the Wood River Valley grows, and this will be true even after Idaho 75 is widened.

ITD and the Federal Highway Administration are obligated to improve our transportation system to meet the needs of the future.  Improvements cannot just address congestion, but they must also balance safety, access, multi-modal travel, and consider the local context and community input.  The EIS/ROD proposed improvements include widening SH-75 to two through lanes in each direction from the south up to Serenade Lane, but only one lane was proposed in each direction north of Serenade Lane.  This decision was made in 2008 based on the community’s request to retain the character of Idaho 75 entering the Ketchum urban area.  ITD recently heard from many community members that this request still exists, while others indicated an interest in reducing congestion with more lanes.

When the improvements are made to widen SH-75, we expect some of the current northbound congestion north of Elkhorn Road to move north and closer to town.  We do not expect the proposed improvements to significantly change congestion that occurs in the main downtown city urban area.

The speed limit on Idaho 75 is currently 45 mph from Hospital Drive to Elkhorn Road and 35 mph from Elkhorn Road to Gem Street. Based on the EIS/ROD and as a part of this project, ITD intends to post the speed limit at 35 mph from Hospital Drive to Serenade Lane, and 25 mph from Serenade Lane to River Street.  Based on ITD’s standard practice, a speed study will be conducted sometime after the project is completed. ITD could adjust speed limits at that time based on the 85th percentile speeds (speed at or below which 85 percent of drivers will operate).

Many community members have commented that speeds are too high in the corridor and many drivers exceed the posted speed limit.  While it is difficult to predict driver behavior and determine exactly how speeds will change once the project is completed, it is known that most motorists drive at speeds that are comfortable based on the prevailing conditions.  Higher traffic volumes, road features such as narrow lanes, and the use of curbs or other objects placed close to the roadway tend to slow speeds.

The proposed road is a 4-lane road, with 11-ft lanes and no center turn lane or shoulders. Curb will be used on both sides of the road. It is expected that motorists will experience a more constrained feel when traveling on Idaho 75, which should prevent speeds from increasing.

During the June 2020 Community Discussion Meeting, many commented that they would like ITD to consider widening Idaho 75 to 4 lanes from Serenade Lane to River Street, but others liked the proposed 3-lane roadway section in the EIS/ROD.  As mentioned in other comment responses, ITD is evaluating your comments and analyzing traffic data and other technical work to identify the best improvements for the project.  Any changes to the proposed improvements in the EIS/ROD must be approved by the Federal Highway Administration and will be discussed with the public prior to initiating final design.

The proposed improvements in the EIS/ROD include constructing the new Trail Creek bridge wide enough for 4 lanes, although it would be striped for 3 lanes initially.  It is common for ITD to build bridges wider to accommodate future improvements since they are designed for a 75-year life cycle.

Each comment is reviewed by ITD and members of the design team.  While every comment is carefully considered, it is of course not possible to make design changes that will satisfy everyone’s requests. This is particularly true since many comments we receive are in conflict with one another.

Please know that your comments do matter.  We will come back later this year or early next year with more details on the proposed improvements and an invitation to the next community discussion.

The challenge for property owners is to keep private driveways clear and accessible during and after a snow storm. Unfortunately, it is almost impossible for the snowplow driver to raise the blade in front of the hundreds of driveways and approaches along Idaho 75. Stopping to do this would cause backups and safety issues.

ITD’s road maintenance crew will evaluate the best way to keep Idaho 75 open and clear in the winter once construction is complete.